Historical and present-day data provide ample evidence of climatic change. According to these data, the Alps have experienced a warming exceeding global average rates since the 1980s.

While climate change itself and some of its consequences – such as the melting of Alpine glaciers – are beyond dispute, numerous questions remain: How is climate change affecting alpine landscapes? What are the consequences of glacier melting, for example, on debris transport in rivers? Are there changes in the size and/or frequency of avalanches, debris flows, or rockfalls? The problem of sensitivity or susceptibility of the Alps to climate change also implies the question of whether and to what extent such changes interact with each other, and whether and to what extent local changes propagate from smaller spatial compartments (e.g. hillslopes) into the rivers and from there further down the valley, leading to a catchment-scale response.

The German Research Foundation (DFG) and the Austrian Science Fund (FWF) have been funding an interdisciplinary research group since January 1, 2019, that will try to get to the bottom of these questions over the next three to six years. In order to forecast future changes, past changes must be identified and understood from their root cause. This goal is being pursued by the participating working groups from three German and two Austrian universities.

(1) The reconstruction of weather patterns from the end of the „Little Ice Age“, approximately from the year 1850, is carried out with the help of model calculations, which are constantly compared with existing historical data series (e.g. temperature and precipitation). The results are used primarily to provide possible explanations for observed changes; specifically, the reconstructed weather data are used to trace the evolution of glaciers and the dynamics of river discharge.

(2) Historical glacier extents, the activity and intensity of processes such as debris flows and avalanches, and the evolution of plant cover are reconstructed from historical photographs. With the aid of modern methods, it is possible to orient and georeference the image, i.e. to determine the location and line of sight of the person that once took the photograph, and to process the image itself in such a way that mapping can be carried out that is true to location and scale. 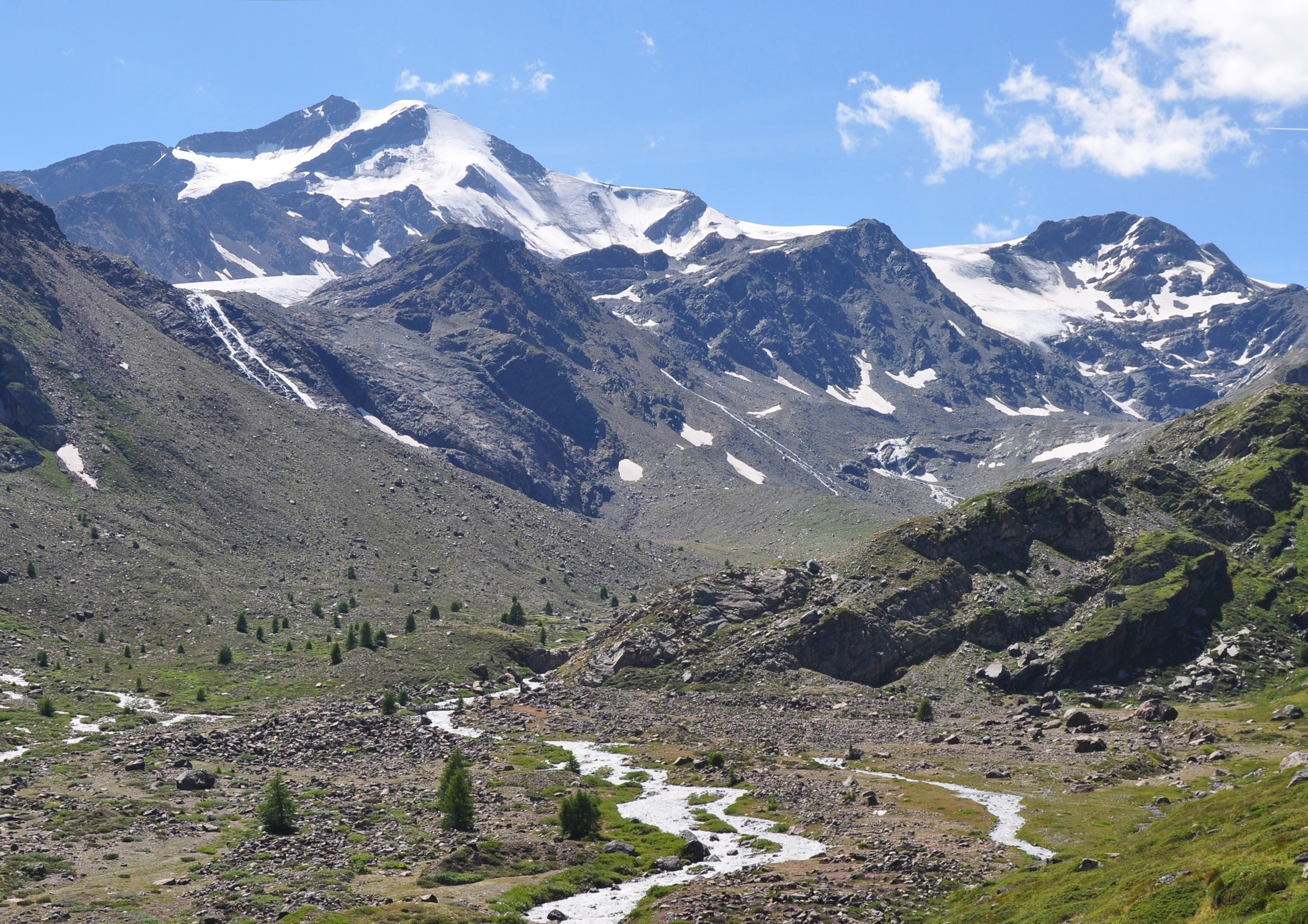 Both public and private archives store countless photographic documents – we want to lift this treasure and need your support for this!

(3) Scientists will carry out various measurements in the study areas during the project period – we will keep reporting on this on the starting page:
Weather stations record temperature, precipitation, and wind; river discharge is measured at gauging stations; digital elevation models of slopes and valleys are created from high-accuracy surveying using land-based or airborne laser devices; drones shoot aerial photos documenting changes; test plots are visited repeatedly to record plant cover composition. With the help of all these measurement data, we hope to better understand how the Alpine landscape has responded and is responding to changing conditions. Based on this understanding, we will try to forecast changes in the near future (until about 2050) in a later phase of the project.

You would like to know more? If this website leaves any questions unanswered, or if you have interesting historical photographs from the study areas, just send us an e-mail to sehag[at]ku.de – we really appreciate your interest!