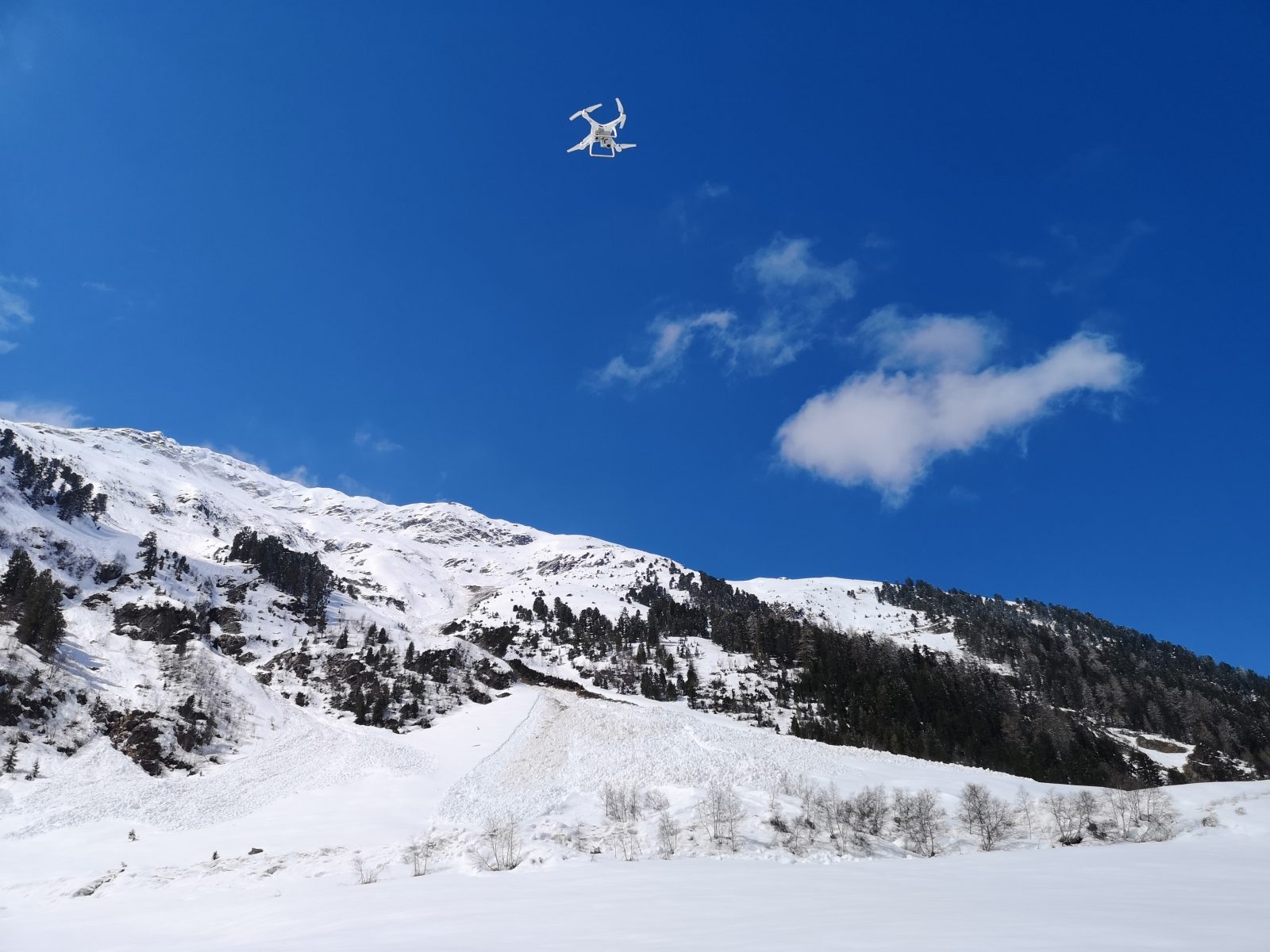 Avalanches are a common phenomenon in high alpine areas; apart from the threat to people and infrastructure, they have an impact on the water balance, vegetation and sediment transport. Within the framework of SEHAG, snow deposits from avalanches are measured in order to map their range and deposition area and to determine possible sediment transport. In Kaunertal, data series from earlier projects have now been continued: a group from KU Eichstätt used an aerial drone to photograph avalanche deposits. The processed photos are used to create so-called orthophotos, which can be used to survey the deposits.