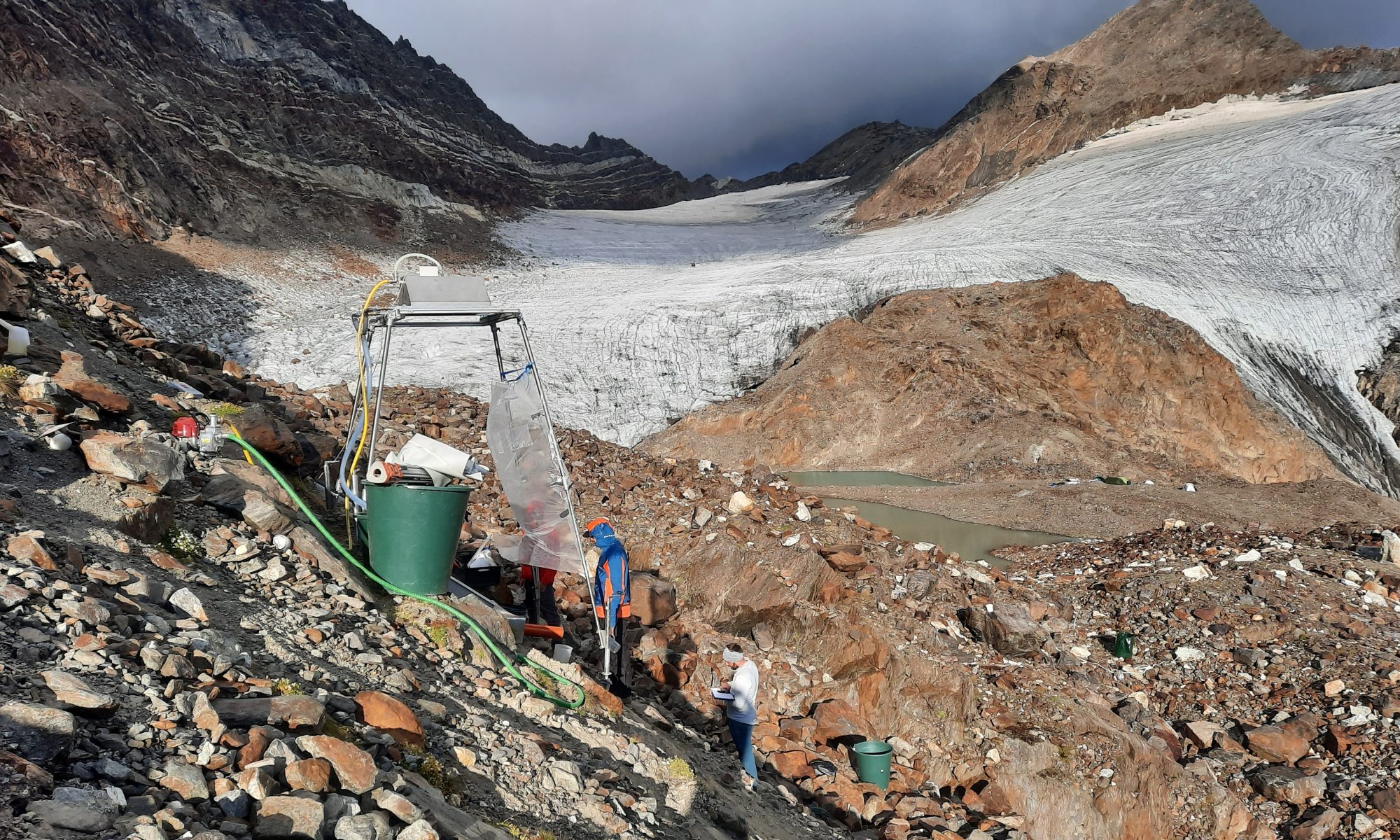 In mid-August 2022, a research visit lasting several days was carried out in the Horlachtal in the glacier forefield of the Grastalferner at an altitude of approx. 2900 metres above sea level. Dr Peter Fischer (Department of Soil Geography & Soil Erosion at KU), Moritz Altmann, Jakob Rom, Fabian Fleischer, Eva Schien and Christian Sender were involved in this field campaign as scientific staff. Using a rainfall simulation system and the Erosion3D model, the fluvial erosion patterns of these areas are to be simulated. The aim was therefore to carry out various rainfall simulations on the loose material of the lateral moraine and to take corresponding soil physical parameters, which then have to be analysed in the laboratory for the modelling. The measurements lasted one hour each, with a rainfall intensity of 40 mm per hour, which corresponds to a heavy rainfall event. The area of interest of one square metre was photogrammetrically recorded both before and after the rainfall simulation in order to determine corresponding erosion processes using a DEM of difference (DoD). Using prognosticated precipitation data up to 2050, the future morphodynamics of these areas are to be estimated. The rainfall simulation system was transported to the glacier forefield by helicopter due to its weight and the difficult accessibility of the terrain.